The Factory in Full Gear

The Factory in Full Gear

I was completely blown away when I first saw films made by students in The Factory at BAVC Media. The fact that this occurred when I was working as a judge at the Josiah Youth Media Festival all the way in Texas only demonstrates further what big shoes I was filling when I took over as the lead instructor in May of 2014.

The Annex has become a second home to many of the students who take ownership of the space and make it their own. One of the walls in the lab space is even dedicated to the people who inspire the Factory students. Photo by Factory student Sylvia Colt-Lacayo

The Factory is just one of five tracks at Bay Area Video Coalition’s (BAVC Media – fondly pronounced “Bay-Vac”) NextGen youth programs. You can learn more about the different opportunities BAVC Media offers youth here: https://bavc.org/youth-programs. The Factory, previously in downtown Oakland, relocated to BAVC Media’s main facility in the Mission District of San Francisco in the summer of 2012. The program is currently outfitted with a renovated space, The Annex, and sharing the space with BUMP students (the advanced audio production track).

The Factory takes youth participants from all over the Bay Area and guides them to create high-quality short films, documentaries, narrative fictions, music videos, and experimental films with a social justice lens. The program emphasizes creative and political expression through a strong visual style, and promotes collaboration between Bay Area youth, allies, organizations and individuals in their community. As they hone their technical production skills, the students also learn about media literacy and social justice. 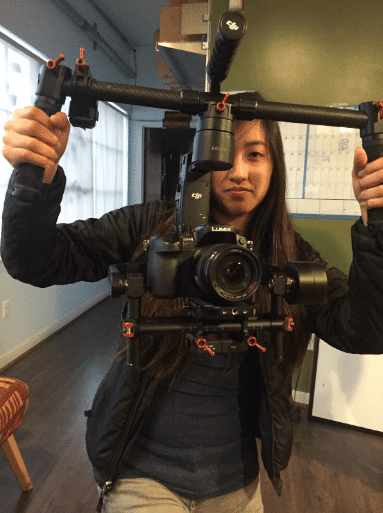 Collaboration is at the heart of what we do. In 2015, sixteen films were made in the Factory, 4 of those 15 were part of the summer Community Filmmaking Partnership with the San Francisco Public Utilities Commission, 4 of the films were made in collaboration with BUMP Records, 2 of those were part of TedX, 1 film collaborated with Hollaback!, 1 film collaborated with Berkeley High School, 2 films collaborated with Loyalton High School and 1 film was done as a class project / exercise. Needless to say, the Factory filmmakers were busy and went above and beyond my expectations. All the films can be watched on YouTube along with past films: https://www.youtube.com/playlist?list=PL6600C1B78E9306E8

As the advanced filmmaking track at BAVC Media’s afterschool youth program, our students take a deeper look at filmmaking and storytelling. Students also get the chance to work alongside and learn from professionals in their community. This year they did a storytelling workshop with Nick Sung, storyteller, artist and former employee of Pixar that got the students thinking about what makes a story interesting and how to convey. They had an extensive hands-on lighting and grip workshop with Factory alum and filmmaker Hart Perez of the Perez Brothers at Avocado & Coconut. We held a 15 camera camera lab with filmmaker Leo Ronin where the students could practice handling and using different kinds of cameras. They got a behind-the-scenes look when they toured Lucas Films and Industrial Light and Magic. The students also explored activism in the Bay Area when they went to see and experience Take This Hammer at YBCA. 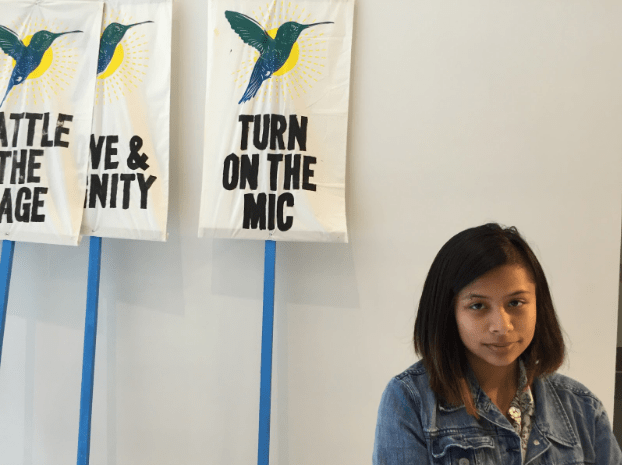 These films have reached far beyond the communities in which they were made, some all over the globe. In 2015, Factory films were submitted to roughly 48 different film festivals nationally and internationally and screened at 27 different film festivals including All American High School Festival, Austin Film Festival, Cine Las Americas, CineYouth (Chicago), SF Green Film Fest, San Francisco International Film Fest, SIFFCY, Youth ON and many more. Screening their films at film festivals is an important part of the filmmaking process that we continue to include in our program.

The current Factory filmmakers are working on their films to be screened August 20th at the historic Roxie theatre in San Francisco with an encore screening at the New Parkway Theater in Oakland, date to be determined. This summer they will be working with the San Francisco Public Utilities Commission again to make three films that focus on environmental justice issues as part of their summer Social Action Project, a summer program that Factory students have done since 2010 called the Community Filmmaking Partnership.

Stay tuned for a collection of new short films that will shake up the film festival circuit and inspire social change.

The San Francisco Public Utilities Commission (SFPUC) is an agency of the City and County of San Francisco that provides its customers with high quality, efficient and reliable water, power and sewer services in a manner that values environmental and community interests, and that sustains the resources entrusted to its care. For more information – sfwater.org