BAVC Media accepts only a few film and media projects per year to be fiscally sponsored.

We are looking for projects that have momentum and potential for social impact. Sponsored projects are approved on an individual basis and are very often already connected to other BAVC Media programs or initiatives. Starting in 2021 BAVC Media is once again acceptinging unsolicited applications. The application for Fiscal Sponsorship is based on the Documentary Core App and is very similar to the application for our MediaMaker Fellowship. As such if you have applied to the Fellowship in the last year, or are a Fellowship Alumni, you do not need to fill out the application again. Just reach out to the Filmmaker support team.

To make a secure, tax-deductible donation to a project currently fiscally sponsored by BAVC Media click on the corresponding “Donate” button below. 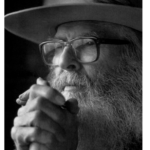 The Beat Friar: The Life of Bill Everson

Throughout his life and work, one poet, William Oliver Everson (1921-94), was at the “avant garde” of pacifism, spiritual liberation, sexual revolution and ecological consciousness.

Donate to The Beat Friar

Though there is no shortage of data about the Achievement Gap and its impacts on students, we rarely get a chance to speak to young people who have reached success despite the odds. Beyond the Gap was started from the premise that in order to solve the Achievement Gap problem, we need to talk to young people first and listen to their suggestions on how to fix our broken system, a system which often ignores the wisdom of our youth.

Donate to Beyond the Gap

Annelise Wunderlich + Richard O’Connell. The Corridor is a cinema verité portrait of the nation’s first charter high school located inside an adult jail. Located in San Francisco, the school was founded 10 years ago by a progressive Sheriff and a group of activists determined to use the principles of restorative justice to break the cycle of incarceration and heal crime-impacted communities. In observing teachers, students, deputies and administrators over six weeks leading up to graduation day, the film captures the tension — and often the humor — found between the school’s mission and the realities of life behind bars. The Corridor provides unprecedented access to an institution on the vanguard of criminal justice reform.

Donate to The Corridor

In 1969, 8th grader Adam Haas got his hands on some used video equipment and shot a film about his classmates. Forty-eight years later Haas is returning to his filmmaker roots to track down his original subjects, to find out where they are now and what happened to them along the way. In discussing what has brought meaning to their lives – along with the disasters, the regrets, and the joys— they reveal the impact of the shared educational experience that brought them together in the first place.

Home is a Hotel

Kevin D. Wong and Todd Sills. Amidst attention grabbing headlines of apps and IPOs, Home is a Hotel tells a different San Francisco story: an intimate portrait of a day in the life of four people living in San Francisco residential hotels as they strive for a better tomorrow. Through the stories of four diverse residents: a middle aged jazz singer in the Tenderloin, a single mother in Chinatown, an aging gay man in the SOMA, and a Latino family in the Mission; this documentary takes it’s viewers into the largely invisible world of San Francisco’s SROs shedding light on this quickly disappearing last bit of affordable housing in the city.

Donate to Home is a Hotel

The Jerome Project preserves, protects, and perpetuates the artistic legacy of Jerome Caja (1958 — 1995). The mission is to bring greater visibility and accessibility to Caja’s paintings and performances. The project includes several moving parts: a digital catalogue raisonné, a repository of art and ephemera available for academic research, and a feature-length documentary film about Caja, with an accompanying exhibition of his art.

Donate to The Jerome Project

Chuck Schultz. The Last Crop is about love, loss and the legacy of the land. It follows Jeff and Annie Main, owners of a small organic farm , as they try to remain viable in the rapidly changing highly competitive Central Valley of California. It’s a story about dreams, and the intractable nature of passing them on to the next generation.

Donate to The Last Crop

Tamara Perkins. As adolescents trapped in a world of drugs, violence, and daily trauma, Noel, Harrison and Chris quickly lost their way. Before they could become adults, they were locked up in prison—given sentences that could leave them in their cells for the rest of their lives. Years later, they were given another chance: parole. We meet them as they release from San Quentin. Each struggles to overcome personal demons and reconstruct their fractured lives. Grappling with day to day challenges and striving for “success” in their new life, they work to reconnect with family and navigate a world they are unprepared for.

Donate to Life After Life

A young Chinese American woman finds herself fighting for a full-time position in an acclaimed dance company–the only challenge is doing it in her wheelchair. For most of her life, Carina lived happily with a loving family and a great paying job until a tragic car accident took away her mother and her ability to walk. After months of grueling physical therapy, Carina is permanently placed in a wheelchair with no hope of using her legs again. Once an active and playful little girl growing up in New York City with absolutely no limitations, Carina struggles to adapt to her new life across the country now with physical restrictions. But no matter the hardships, Carina longs and pushes to be a dancer and musician. New Moves (working title) follows Carina as she strives to build her new “normal”, pursues her childhood dreams, and tramples stereotypes along the way.

The mission of the Economic Justice Project is to create social justice through social impact storytelling and services that are tied to direct actions with the intention of driving community to create positive lasting change on issues surrounding poverty and inequality. It is comprised of The BIG Experience, an award-winning interactive documentary fueling the growing movement around implementing a Universal Basic Income; and Reboot the Village, a feature documentary about the residents of Potrero Hill public housing as they embark on a journey to heal their trauma and make a last stand to prevent the displacement of their entire community.

Donate to Reboot the Village

Donate to The BIG Experience

Donate to Reboot the Village

Casey Miner. The Specialist is a podcast about work we don’t think about and the people who do it. Each episode takes an immersive, day-in-the-life look at the work of a different specialist: the mock attacker in a women’s self-defense class; the animal chef at the Oakland Zoo; a family of singing telegram performers; the person whose job it is to keep birds away from planes at SFO. Taken together, the pieces celebrate the surprising work of ordinary people. Subscribe on iTunes, Stitcher, or wherever you get your podcasts.

Donate to The Specialist

Fine Line Films. Part of a documentary series created for public media, Untying Faith will examine challenging and inspiring immigrant experiences in America through unique lenses. This installment focuses on young Sikh Americans who are discriminated against for wearing turbans.

We Are Not Princesses​

The ancient Greek heroine Antigone inspires a group of Syrian women living in Beirut’s refugee camps to wonder whether new joys and ambitions are possible to conceive.  We Are Not Princesses interweaves the women’s experiences with a story that transcends time and circumstance. Audacious and feisty, Antigone motivates each of these women to rediscover her own strength and face her own Creon.

Donate to We Are Not Princesses

Susan Sullivan.Using the power of documentary film, the Women Sports Film Festival celebrates female athletes and the filmmakers who bring their stories to the screen. From legendary champions to girls on the local playing field, we promote films and conversations that explore how sport shapes the lives of women and girls around the world. 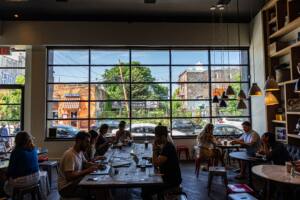 With inflation and rising living costs, the dream career of each student seems extremely far away.