Funded by Cal Humanities, “Uncharted: Claiming The Absence” is a digital storytelling project documenting the personal lived experiences of California youth during the COVID-19 crisis. Through experimental self-documented video diaries, youth participants offer an intimate glimpse into both the mundane and extraordinary encounters of the past year. From emotional ups-and-downs, school closures, mounting political tension and loneliness, Uncharted documentarians faced compounding challenges throughout the process of creating these films. And yet, this project tells a powerful story of the human spirit to adapt, transform and endure even in the most difficult conditions. From the confines of our rooms, we still sang, danced, cried, FaceTimed a friend, and found the strength to keep trying. 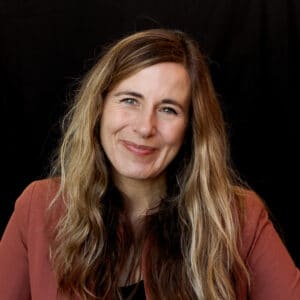 As Executive Director, Paula Smith Arrigoni is dedicated to investing in BAVC Media’s diverse leadership team, advancing BAVC Media’s equity priorities, creating new opportunities for media makers, forging new collaborations with community partners, maintaining a learning and innovation-focused culture, and sustaining BAVC Media as a strong and healthy organization. Prior to joining BAVC Media, Smith Arrigoni co-founded a grantmaking and mentorship program for emerging, diverse narrative filmmakers in the Bay Area, and served as executive producer on a slate of narrative films, including two premiering at Sundance in 2019. Previously, she was COO at Youth Speaks, a national leader in arts education and youth development, where she helped triple its annual operating budget and directed a national field-building initiative called the Brave New Voices Network Initiative. Smith Arrigoni developed her management expertise advising and investing in nonprofits for Nonprofit Finance Fund and the CDFI Fund at the US Treasury Department. She’s been an independent consultant to many Bay Area social impact organizations, training programs, and schools, such as lecturer at UC Berkeley, School of Social Welfare. She is currently a Board member and Treasurer of AIR, and formerly served on the Boards of Reel Stories, Women’s Community Clinic, San Francisco Suicide Prevention and Next Door Solutions. She’s part of National Arts Strategies Chief Executive Program (2019-21 cohort). A returning graduate of UCLA, Smith Arrigoni studied sociology, urban planning and film and television producing. 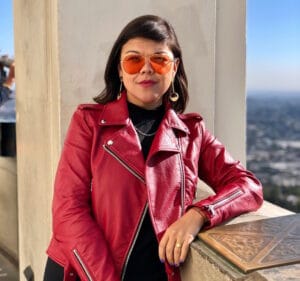 Isa Nakazawa is an Oakland-based writer, educator, and radio host. After graduating from Wesleyan University in 2008 with a dual degree in Sociology and American Studies, Isa jumped coasts to join Youth Speaks, one of the country’s leading spoken word and literary arts organizations, as a teaching artist and poet mentor. She is currently the Director of Marketing and Communications at the Bay Area Video Coalition, a community media hub and resource for media makers in the Bay Area, serving over 7,500 filmmakers, activists, and artists every year.

Outside of her work at BAVC Media, Isa hosts a radio show, Rhizomatic Radio, the second and fourth Thursday of every month on AllDayPlay.FM dedicated to her love of connecting listeners to the transformative power of music. No matter the medium, Isa leads with her curiosity, attention, and fundamental belief in the interconnected nature of the liberation of all people. Shake the syntax, shake the world. 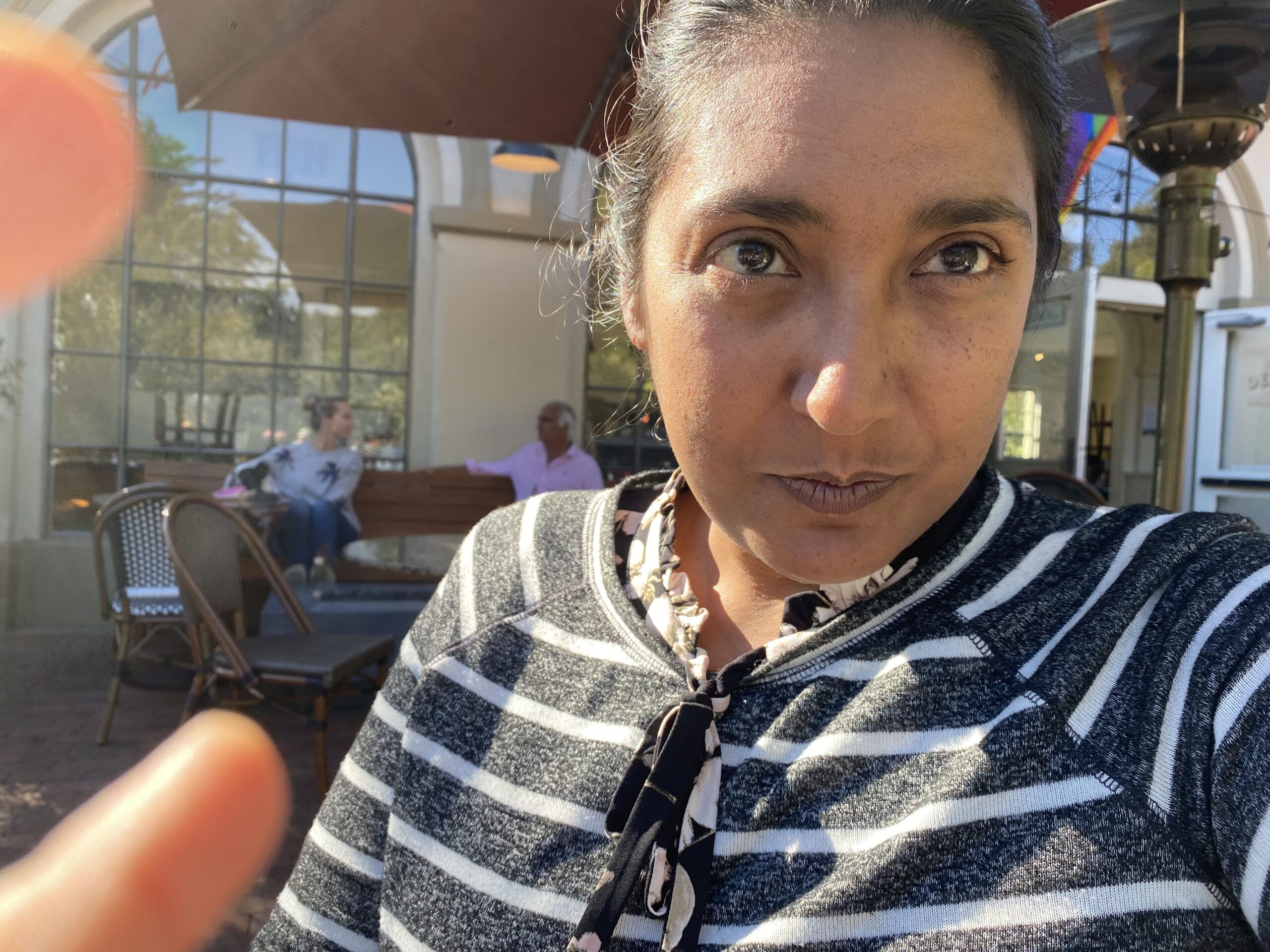 Soumyaa Behrens is an award-winning director, producer and scholar whose projects have screened at festivals across the globe including Raindance, Montreal International Animation Festival, Mill Valley, SF Black Film Festival, International Images in Harare, LadyFest, Rome International, Santa Fe, Oaxaca, Auckland, Polish Film Fest, Boston International, Harlem International, San Francisco Film Society, Toronto Black Film Festival, Animation Day at Cannes and on KQED. Her work engages issues that complicate the human condition and the political landscapes that shape identity and power structures within marginalized communities. Recent directing awards include, Abina and the Important Men, which won Best Animation at SF Black Film Festival, Best Feature at Montreal International Animation. Her newest documentary, Nail House was a finalist for the Green Fire Environmental Award at the SF Green Film Festival. Behrens teaches Documentary in the School of Cinema at San Francisco State University and is the Director of the Documentary Film Institute where she launched the nonfiction film conference and journal, Pluralities, in 2017.  She was named as one of “10 Bay Area Filmmakers Making a Difference” by Better Magazine in Feb 2019.

“There are so many ways we have spent our time away from “normal” since the COVID pandemic began. Seeing the Uncharted youth projects reminded me of the therapeutic nature of artmaking. I commend these young artists for exploring their humanity and their imaginations during a time of exile when it has been hard to actually implement their future. The work is insightful, personal, and beautifully reflexive of each artist’s unique experience.”

Nanami Yokota is an international student studying film. She was born in Japan, moved to the Philippines when she was eight, and is in her 3rd year at San Francisco’s California College of the Arts. During her time at CCA, she’s become interested in production management. Ideally, she would love to be a project manager for animated films, which she feels have served as a way for her to keep in touch with her Japanese heritage and culture and plans to dive deeper into the influence of Asian American culture through animation.

“Since the pandemic began, I noticed myself using the question “how are you?” more cautiously. As if the question suddenly had a heavier burden to answer and more challenging to reply to our canned answers of “good” or “I’m fine.” So many different causes of our anxiety and so few communal spaces to express them.

To me, This project is cathartic to both the creator and viewer. Filled with intimacy and vulnerability, Uncharted is an outlet for raw feelings and experiences.”

“I recorded this quick 2-minute video in my bedroom and it took a few practices to get it right. While re-recording this project multiple times, I am reminded that 2 minutes pass by pretty quickly. I would notice myself recording and stopping myself at 4 minutes because the maximum limit for the assignment was only up to 2 minutes. Reflecting on the incredibly strange year brought back certain memories for me, which included finishing my senior year of college, graduation during a pandemic, completing two paid internships before and during my Bridges Fellowship, and wondering how or when to build my future and career. Fast forward to July of 2021 (the video was filmed in October 2020), I have completed my first semester in graduate school and landed a new short term part-time first direct hire job.”

“I’ve struggled with mental health long before I ever realized it. Tasks as simple as vocalizing the way I felt seemed impossible to accomplish. It’s always been difficult for me to express my emotions, unless through an artistic lens. Something about the process of capturing my own images, tweaking them to my liking and placing them in the order I see fit is therapeutic. This pandemic has taught me, even amongst the unpredictable chaos of life, creative expression is my quiet from the storm. Allowing for peace of mind, reflection, clarity and growth.”

“As an artist, I pride myself on my ability to create and tell stories from the heart. Even when the circumstances of the world around me can feel suffocating, I can pour myself into the things I make. In this project, I provide background about all of the films I created in 2020 throughout the COVID-19 pandemic as evidence of the beauty that emerges when we turn our heartbreak into art.”

“I’ve never had the patience for a diary. Scattered throughout my bookshelf there must be half a dozen journals with only a couple used pages, all saying something along the lines of, “This time I’m really going to keep a diary, and it’ll be great! I’ll write every day and in 100 years I’ll be studied by scholars…” It turns out I’m more of a visual gal, and what started with simply recording videos for this project began to feel more like creating art. While writing in a diary resembled homework, capturing moments in my life on camera and getting a chance to reflect on them felt like an introspective, often chaotic, puzzle; it may look like a scattered mess on the surface, but when pieced together it puts everything into perspective and gives me something meaningful to hold onto. So yeah, maybe in hundreds of years, some sleep-deprived anthropology student will watch this video and get a very small window into a crazy time in my life.”

“I’ve always considered myself an extrovert. I often felt like every moment not spent around other people was a waste. I filled my days with social excursions, and as often as possible I was never by myself. That was, until we all had to be, and for the first time in my life I was alone. I could not see my friends and so I was forced to befriend myself. I found this scary at first, but over time, not so much. As the constant background noise that was my previous life of never ending social interaction faded away, it was like I finally had space to think, to daydream, and to observe.

While a lot of my days spent during the pandemic were mundane, and quite frankly boring, this just highlighted parts of my life that I had overlooked and underappreciated. Why it took being literally quarantined in my house for months for me to genuinely appreciate California’s nature, I don’t know; but I wanted to use this project to highlight that, alongside the beauty I found in really just doing nothing.”

“On March 13th, 2020 I went to school for what I thought would be the last time for two weeks. The COVID-19 pandemic had forced closures of public schools across the country. As ICUs began to fill up across the country, students viewed the closure of school with a sense of blind optimism, choosing to make the most of what they saw as a two week holiday. Seeing the juxtaposition between the grim news coverage of a looming pandemic and the oblivious mindsets of my classmates, I was motivated to film student reactions from that day to compile into a documentary. My entry in Uncharted documents my mindset from that day and puts my report of the day school closed down into the broader context of the pandemic one year later.”

“Combining autobiographical documentary filmmaking with experimental filmmaking techniques allows me to create an archive of my experiences that reflects how I truly feel inside. In my films, I explore how people make sense of the world around them through visual effects, narration, and expressive music.”

“I capture things the way I see it. It’s subjectively objective, or something.”

“It was really difficult for me to complete such a personal project. My experience in the pandemic had been really rough and I fell through on a lot of initial plans to document myself during the whole quarantine. So, in my film I represented how it felt going through such a tough time.”

None of this would be possible without the generous funding and support of Cal Humanities. Cal Humanities exists to connect Californians to ideas and one another in order to understand our shared heritage and diverse cultures, inspire civic participation, and shape our future.