The Power of Place and Community in 2016

Around 4am on the morning of December 12, 2016, nearly 30 men, women and children were swaddling themselves in their warmest winter shawls, preparing hot beans and hot cocoa, and scooping up candles, toddlers, and guitars to step out into the Central Valley pre-dawn frost to honor Our Lady of Guadalupe.

A few miles north, at a hotel in the center of Stockton, two filmmakers had traveled a distance to line up their batteries and SD cards, slip on their coats, and map their way in the dark to the Artesi II Migrant Family Housing Center to record this ritual. For me.

And I, 3,000 miles away, was marking my own procession, pacing in the jaundiced glow of a hospital hallway, thinking about my brother, my mother holding her vigil, Our Mother who art in heaven, and how the whole damn world was starting to feel like a terrible ward for the ailing. The kind of place that could really use a virgin spirit.

Three days before this, I had been mindlessly chewing on almonds in the penultimate meeting of the BAVC Mediamaker Fellowship when I received a text telling me that after sustaining severe injuries in a car accident, my brother’s blood pressure had dropped and he was being moved back to ICU.  I could think only two thoughts: “I have to go home,” and “What does this mean for the film?”

In 2013, while working on a project to record oral histories with former Bracero farmworkers, my filmmaking partner and I were led by Luis Magaña, immigrant rights advocate and director of Proyecto Voz to a gated community of small homes nestled between the San Joaquin County Juvenile Detention Center and the County Jail.

We were there to interview former Bracero, Sr. Jesus Ochoa, but once the interview was over, I found myself moving across the manicured grass with my camera, stunned by the symmetries, peering into the tended gardens, mystified by the colliding sounds of children giggling and shots firing from the shooting range next door.

The Artesi II Migrant Family Housing Center is one of 24 residential complexes in California. Operated by the Office of Migrant Services (OMS), these complexes offer agricultural families subsidized housing during the harvest season. In order to be eligible to live in these Centers, families must demonstrate that they are migratory, which OMS defines as having lived “at least 50 miles away from the Center for at least 3 months each year.” This means that every year, families move into the Centers, build a life, and then move out of the Centers for three months in order to comply by this “50 Mile Rule.”

From the moment Artesi found me those years ago, I became creatively obsessed with articulating this space in all its richness and rhythms. I wanted to create something hypnotic, a crystalline window into a world that is not only sensually captivating, but that reflects something of our values, that poses questions about the distance between being and belonging, that interrogates how (or whether) our society creates space for those who dedicate their careers to ensuring our sustenance. In the words of Mediamaker coordinator Carrie Lozano, it was intended to be “an artful treatment” designed for public television audiences. The freneticism of 45365 aspiring to the elegance of El Velador as told through the journeyman’s arc of Sweetgrass about experiences like those in East of Salinas. And I gave myself to this work with abandon.

Documentary is no linear journey. Like the human body, its strengths and sensitivities are case-specific. It responds well to some treatments and not to others. It aspires to precision and control, but in the end, it confronts just how beholden it is to chance.

My winter was such a confrontation with chance. I intended for it to be my last winter shooting in Artesi. I had plans to move into post-production in the summer of 2017. I had tickets to travel with families from Artesi to their hometowns in Mexico. So when I got the call to go home, it felt quite literally that I had lost my footing.

And by chance, I was in a meeting with the Mediamaker fellows when this erupted. A room full of brilliant people who have committed their lives to pursuing those stories that urgently call on them to be realized. When I looked teary-eyed around the room and asked, “What do I do?” these fellow seekers and storytellers immediately sprang into action. Rob Rooy, a filmmaker based in Maryland, remarkably offered to reschedule his flight back to the east coast in order to help shoot two significant, time-sensitive events for me. Jethro Patalinghug, a full-time, professional videographer deeply mired in his own film’s production, offered to shoot alongside Rob. Nicole and Erika offered equipment, Kevin contacts, Bridgette, Carrie and Alcee perspective and deep reserves of love, reminding me that this is the ongoing work of fitting the story into the mess of our lives. It was not unexpected that after a year of fostering community, we would behave as a community. But this degree of kindness, compassion, and extension felt nothing short of family.

The ever-incisive Marj Safinian, Board Chair of the Int’l Documentary Association, writes in the summer 2016 issue of Documentary magazine that documentary is an act of empathy. And empathy, to borrow from Leonard Cohen, offers itself “at the critical moment when the emergency becomes articulate.”  Empathy goes where it is called.

It was empathy, I believe, that drove two filmmakers out onto unfamiliar Central Valley roads that night, empathy that held their freezing hands tight to borrowed gear, and empathy that invited two relative strangers into a sacred sunrise circle so that while my brother struggled to breathe and my family stoked the embers of life thousands of miles away, a hymn could ring out across the valley and find its way to me. And one day, find its way to you.

The Power of Place and Community in 2016 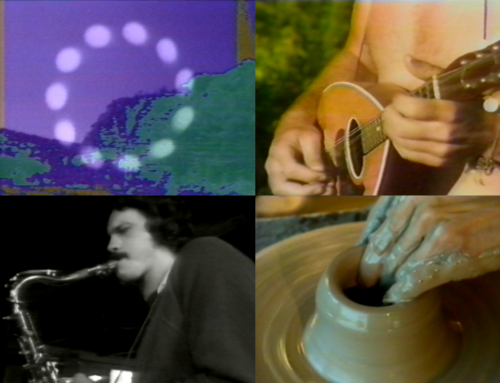 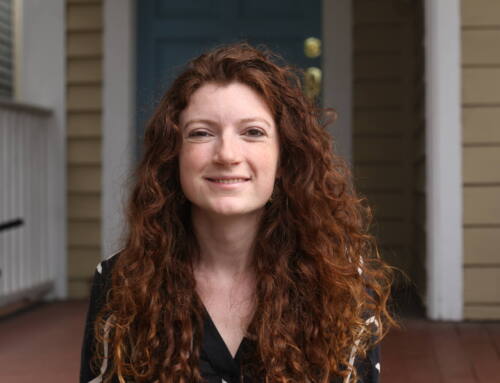 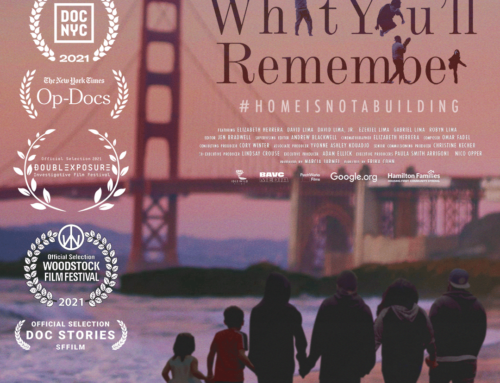