If you hate networking, these five tips are for you

San Francisco, CA: Bay Area Video Coalition (BAVC Media) is thrilled to announce the multiplatform documentary makers and projects that will receive the 2018 National MediaMaker Fellows award.  A full list of recipients is below.

The 2018 National MediaMaker Fellows are:

For 2018, BAVC Media is pleased to offer the most robust iteration of the Fellowship yet, with an increased cohort size of ten Fellows and the ability to offer $8,000 to each Fellow over the course of the program year. Throughout the their time in the program, Fellows will receive professional support for their social issue media projects and meet for three immersive workshops in the Bay Area, at the True/False film festival in Columbia, Missouri, and at IDA’s Getting Real conference in Los Angeles.

Established through a grant from the National Endowment for the Arts (NEA) in 1991— and currently supported in part by an award from the NEA and the John D. and Catherine T. MacArthur Foundation— the National MediaMaker Fellowship program provides training and support for independent, emerging and mid-career artists working on social-issue documentary projects. The National MediaMaker Fellowship builds an engaged national community of creative media artists, increases their capacity for project completion and lasting impact, and inspires new partnerships and collaboration to support future work.

“We are thrilled to support such an exceptional group of filmmakers this year, all of whom are telling compelling, artful, and impactful stories that offer a new lens onto the world around us. Over the next ten months this fellowship will nurture their considerable talent through a grant of $8,000, intensive feedback sessions, introductions to decision makers in the industry, and exposure at top festivals and conferences. I look forward to getting started,” says Nicole Opper, National MediaMaker Fellowship Creative Director, and ‘16 Fellow (The F Word).

“In addition to having close to 100 applicants to the National MediaMaker Fellows program, this was by far the most competitive pool of applicants we’ve had in the program’s two-decade history. . The Fellowship will help ensure that these talented artists  receive resources and support to amplify their voices. I very much look forward to sharing the work of the ten incredibly talented Fellows with the BAVC Media community.” adds BAVC Media’s Executive Director.

The training and resources provided to the National MediaMaker Fellows supports a complement of emerging artists, underserved communities, and seasoned artists who are interested in developing new media projects around timely social issues. Fellows are chosen through a competitive process by an independent panel of local independent media professionals, filmmakers and BAVC Media staff to ensure a well-rounded and diverse cohort.

Chelsea Hernandez is a Mexican-American filmmaker based in Austin, Texas, recently named as one of Texas Monthly’s “10 Filmmakers on the Rise.” She is an 8-time Emmy winning director, producer and editor in the Texas region. Chelsea has directed and produced various short documentaries including the 2012 Austin Film Festival Best Short Documentary Winner, See the Dirt. Building the American Dream is her feature directorial debut.

In the shadow of a lucrative building boom in Texas, a modern slavery has encompassed the construction industry, leading immigrant workers on a downward spiral to poverty, illness, and death. Building the American Dream tells the story of several workers who face hardships as undocumented immigrants and are fighting back to achieve basic protections as construction workers. 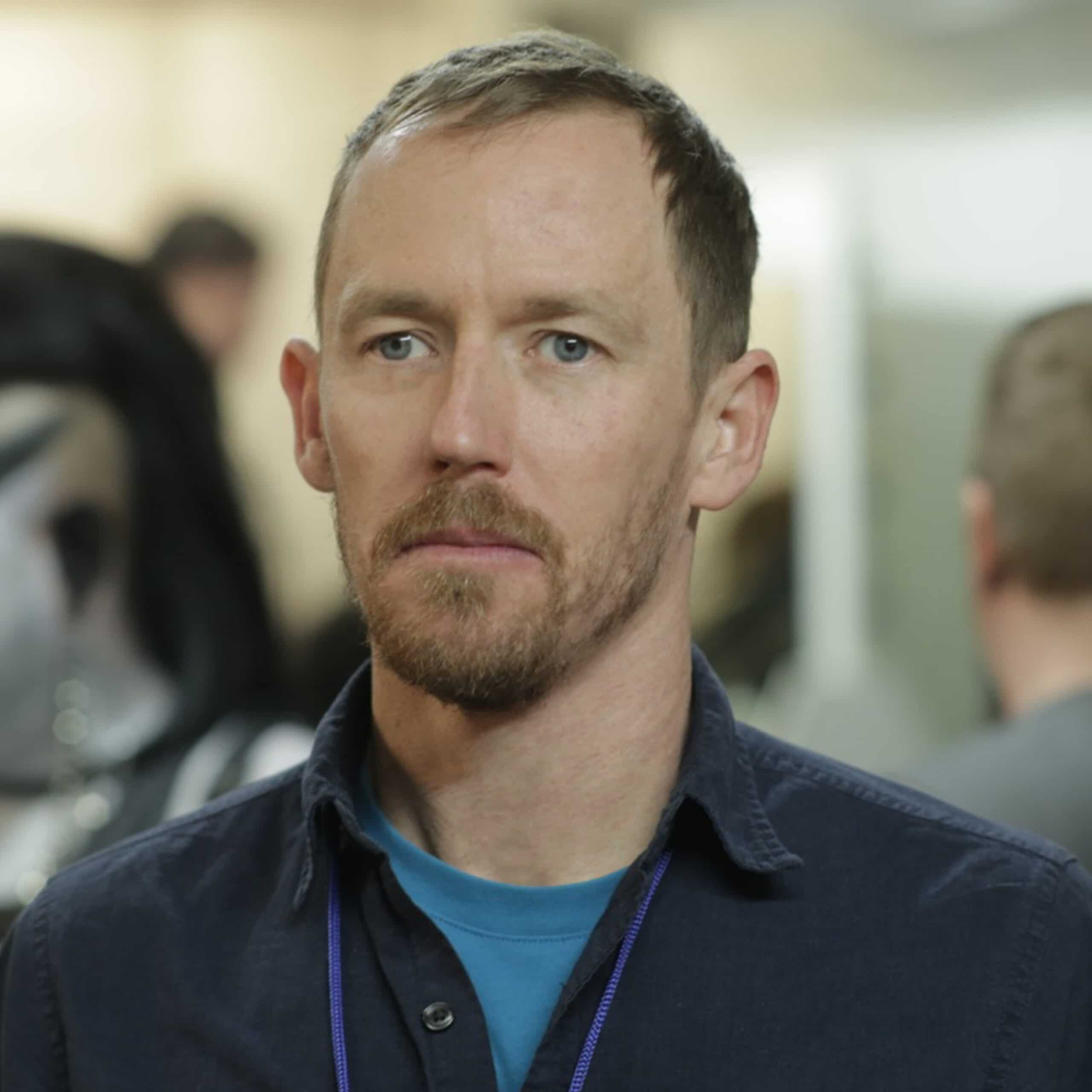 Keith Wilson is a filmmaker and visual artist based in San Francisco. He has produced and directed award-winning films that have screened at Sundance, the Berlinale, South by Southwest and the United States National Gallery of Art. His films are distributed by Strand Releasing, Frameline Distribution, Juno Films and New Day Films, a cooperative distributor of social issue films where he is a member-owner. Originally from suburban Atlanta, Keith has an MFA in film production from the University of Texas, Austin.

Deep Inside the Shaman’s Den is a feature length documentary film about the life, work and influence of Frank Moore, a provocative body-centered artist with cerebral palsy who couldn’t walk or speak. As a performance artist, writer, teacher and presidential candidate, Moore’s work has been labeled obscene for over five decades and continues to inspire, confound and resist the status quo. 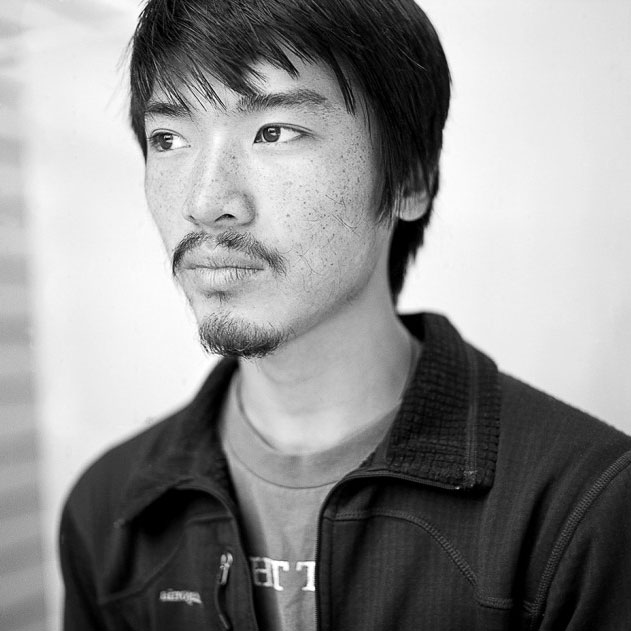 Daniel Chein is recipient of the Princess Grace Award in Film. His most recent film Basha Man, about a rural mountain community in China facing rapid development, won the AT&T Film Award at CAAMFest2017. Daniel is an Associate Producer for Walking Iris Media and a board member of the Global Lives Project. He received a BA in Anthropology and is completing his MFA in Cinema at San Francisco State University.

As a German-Turk, Çağdaş Ermis struggled to find an identity that fit. Abandoned by his father, Çağdaş was raised by his mother and grew up dreaming of dancing for Tanztheater Wuppertal Pina Bausch. Now an emerging dancer in the company, Pina’s approach of incorporating the dancers’ personal experiences into her pieces allow Çağdaş to explore his past through performance. When Çağdaş decides to reconnect with his father, new questions emerge about his fragmented identity and family history. 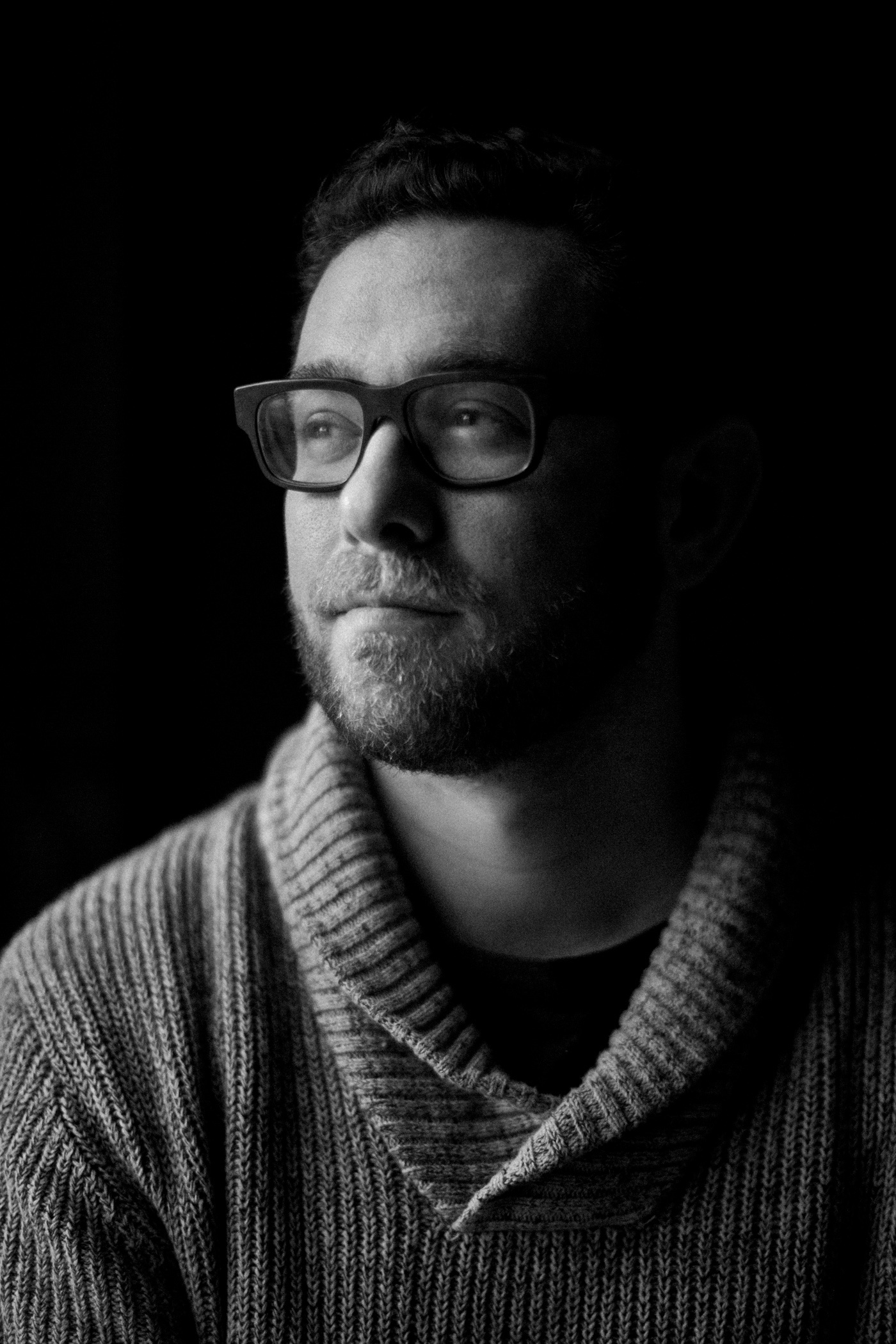 Bryan Gibel is a director, producer and cinematographer living in Oakland, California. Originally from New Mexico, he earned a master’s degree from UC Berkeley’s Graduate School of Journalism documentary film program in 2012, where he was awarded the Mark Felt Fellowship for Investigative Reporting. At Berkeley, he directed, shot and edited Chicago Confessional, a 26-minute documentary film about wrongful convictions and an inmate’s fight for a new trial after 30 years in prison. He speaks English, Spanish and Portuguese.

Betty Reid Soskin is America’s oldest park ranger, famous for tirelessly shedding light on the forgotten history of Jim Crow segregation in California. Back in the 1960s, Betty was also a singer/songwriter with a voice like Billie Holiday and the relevance of Nina Simone, but her songs haven’t been heard for 50 years. Sign My Name to Freedom is a feature documentary about Betty, her lost music and her family’s experiences confronting housing segregation in the San Francisco Bay Area. 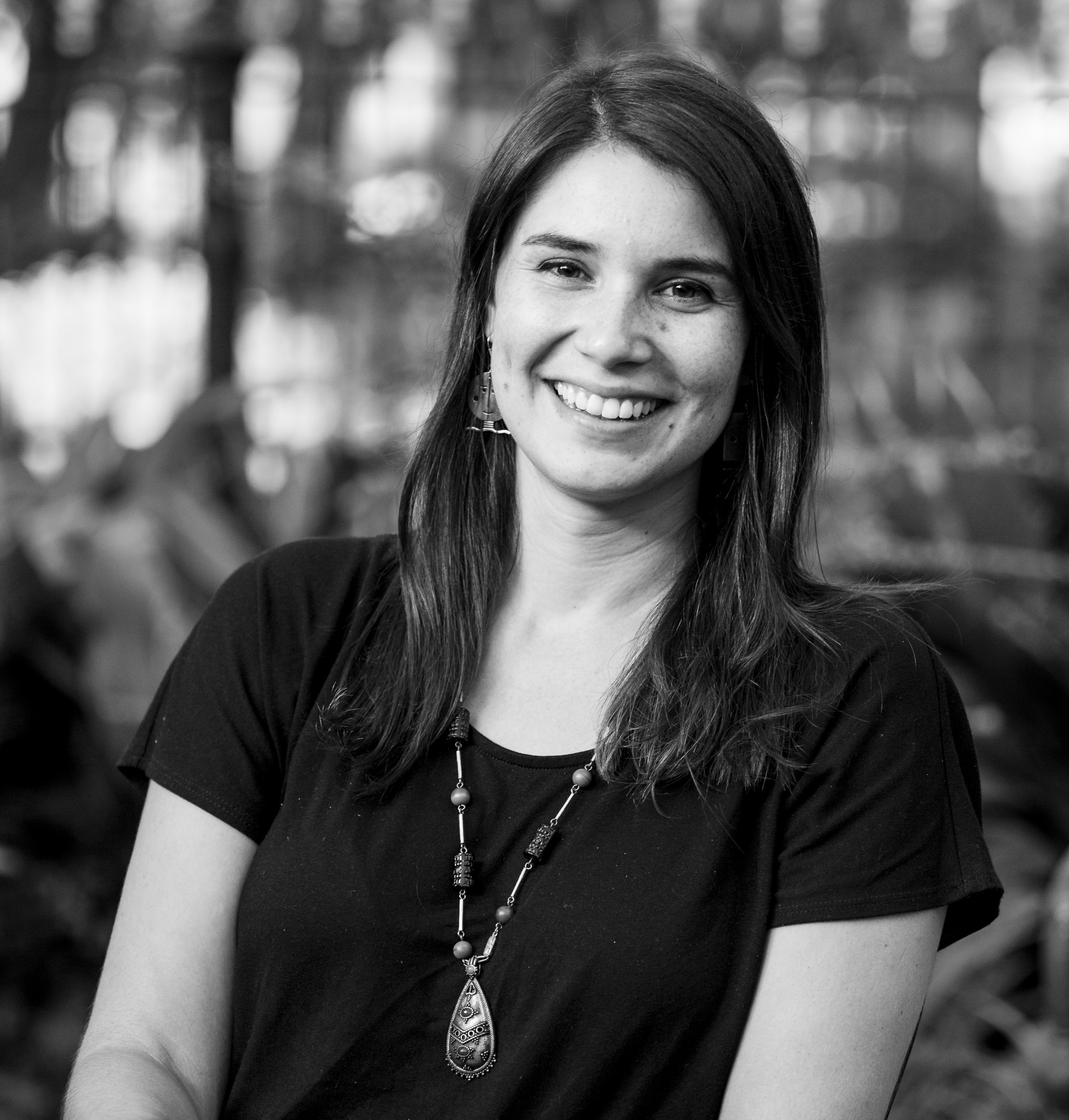 Gabriella Garcia-Pardo is a documentary cinematographer, editor, and visual journalist in Washington, D.C. Focused on conservation, women’s voices, and artists, she produced award-winning short-form documentaries on staff at National Geographic, filmed over 150 musicians on NPR’s music team, and designed a summer film program for high school students held at Yale. Gabriella is a graduate of Savannah College of Art and Design and is the director of the DC chapter of the Video Consortium where she coordinates monthly gatherings.

Gunpowder Women follows the story of Amal Ahamri, the boundary-breaking leader of an all-woman horseback team in Morocco as she balances ambition, motherhood, and her quest for equal standing in a male-dominated sport. Amal’s leadership in tbourida is a window into a world where female athletes are carving out spaces for themselves and using tradition as a framework to reimagine the modern woman. 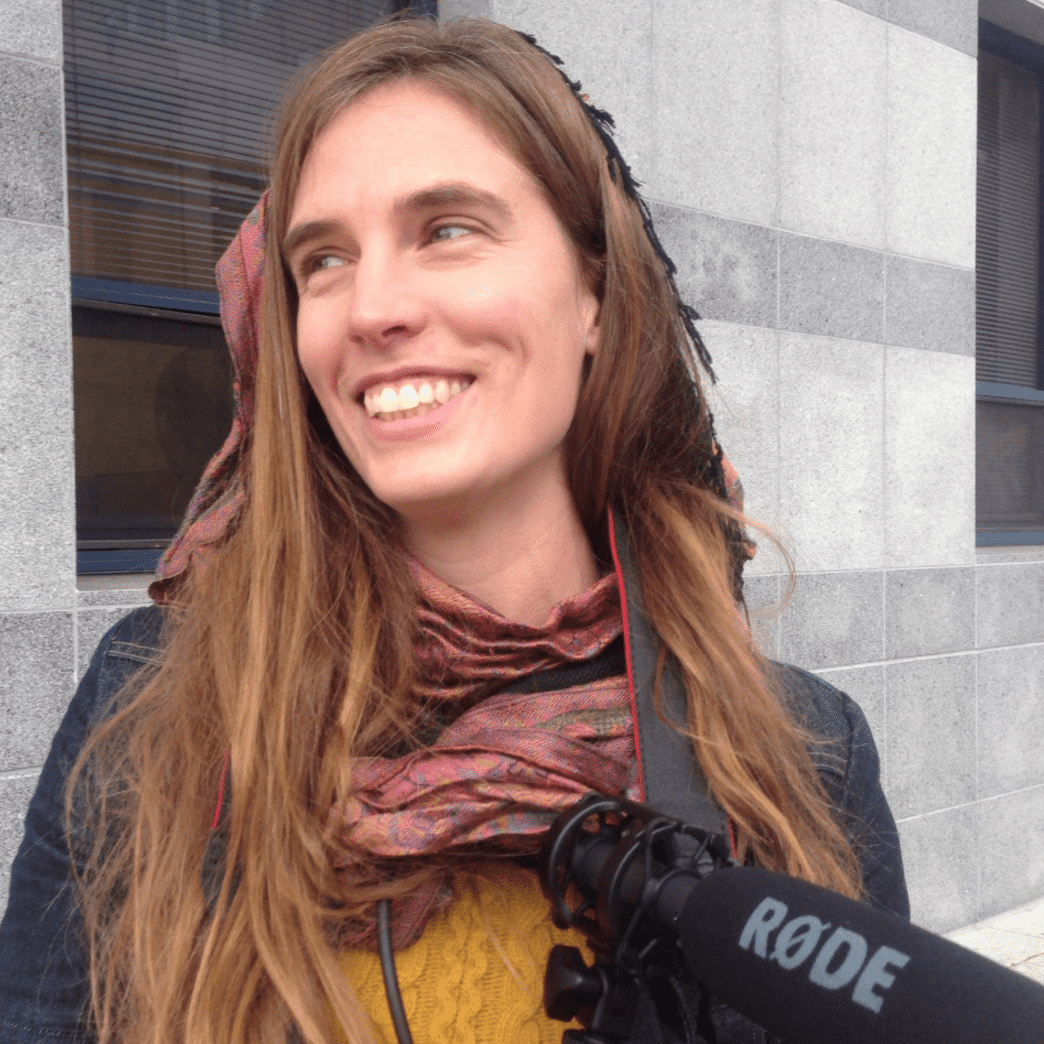 Sara Lafleur-Vetter, The Sacred and The Snake (Oakland, CA)

Sara Lafleur-Vetter is an Oakland-based filmmaker and a photojournalist with a passion for telling stories of the underdog and the underbelly of society. She holds a Master’s in Journalism specializing in Documentary Film from the Berkeley Graduate School of Journalism. Her video work has appeared in The Guardian, The New York Times, The Center for Investigative Reporting, Fusion, and AJ+. She believes in the power of film to unearth hard truths, break stigmas and stereotypes, and heal trauma.

The Sacred & The Snake follows four indigenous women through their transformative experience at Standing Rock. As the resistance camps are forcefully cleared and oil begins to flow through tribal land, each woman is pulled in a separate direction. They each return to their respective communities to try to break the cycle of intergenerational trauma and abuse. But it’s when they arrive home that they realize their battle has just begun. 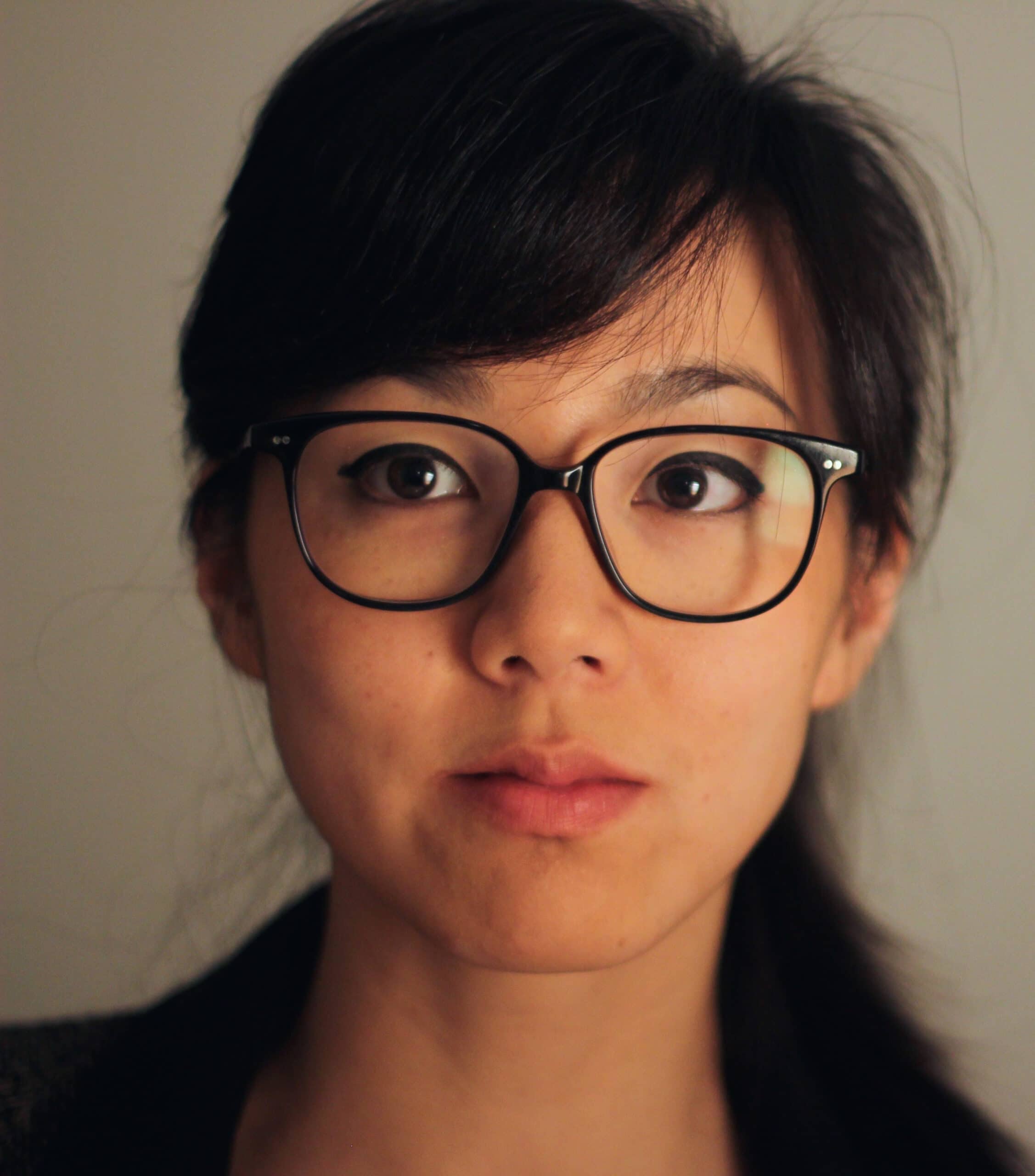 Elizabeth Lo is an award-winning nonfiction filmmaker from Hong Kong. She was named one of the “25 New Faces of Independent Film” by Filmmaker Magazine in 2015 and was featured in the 2015 New Directors Showcase at Cannes Lion. Her work has been showcased around the world, including at Sundance, Tribeca, New York Times Op-Docs, Field of Vision, True/False, Hot Docs, PBS’ POV, and BAMCinemafest. Elizabeth graduated from Tisch NYU and Stanford University.

Stray enters the world of street dogs. Ancient Greek philosophers thought stray dogs – marginalized and dispossessed – were the most honest observers of humanity. Stray brings this idea into contemporary Turkey. The film follows the perspective of stray dogs and the oftentimes marginalized people around them who together face a nation in a profound state of flux. The film is a critical observation of human civilization through the defamiliarized gaze of dogs​ ​and a sensory voyage into new ways of seeing from a position of extreme marginalization. 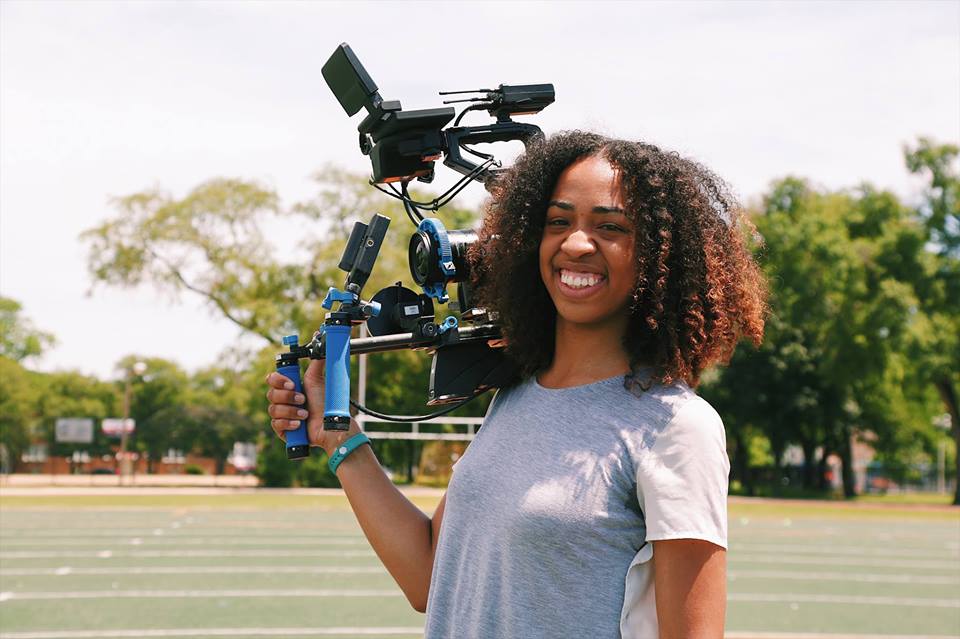 Ashley O’Shay is a freelance director of photography and documentarian based in Chicago. She has worked with a variety of brands, including Blavity, Ford Motor Company, Boost Mobile, and STATE Bags. She also recently served as the director of photography for Pangaea, a short independent film depicting the life of a young girl eight days after Hurricane Katrina, shot on location in New Orleans. As a projectionist at the Gene Siskel Film Center, Mills preps and presents independent film to an annual audience of 80,000 people.

After two Black Chicagoans are murdered by the police, young Black citizens begin challenging the city’s corrupt policies while redefining the meaning of community organizing. Unapologetic goes behind the veil with two Black, queer women, providing an intimate peek into the personal lives that sustain a movement. 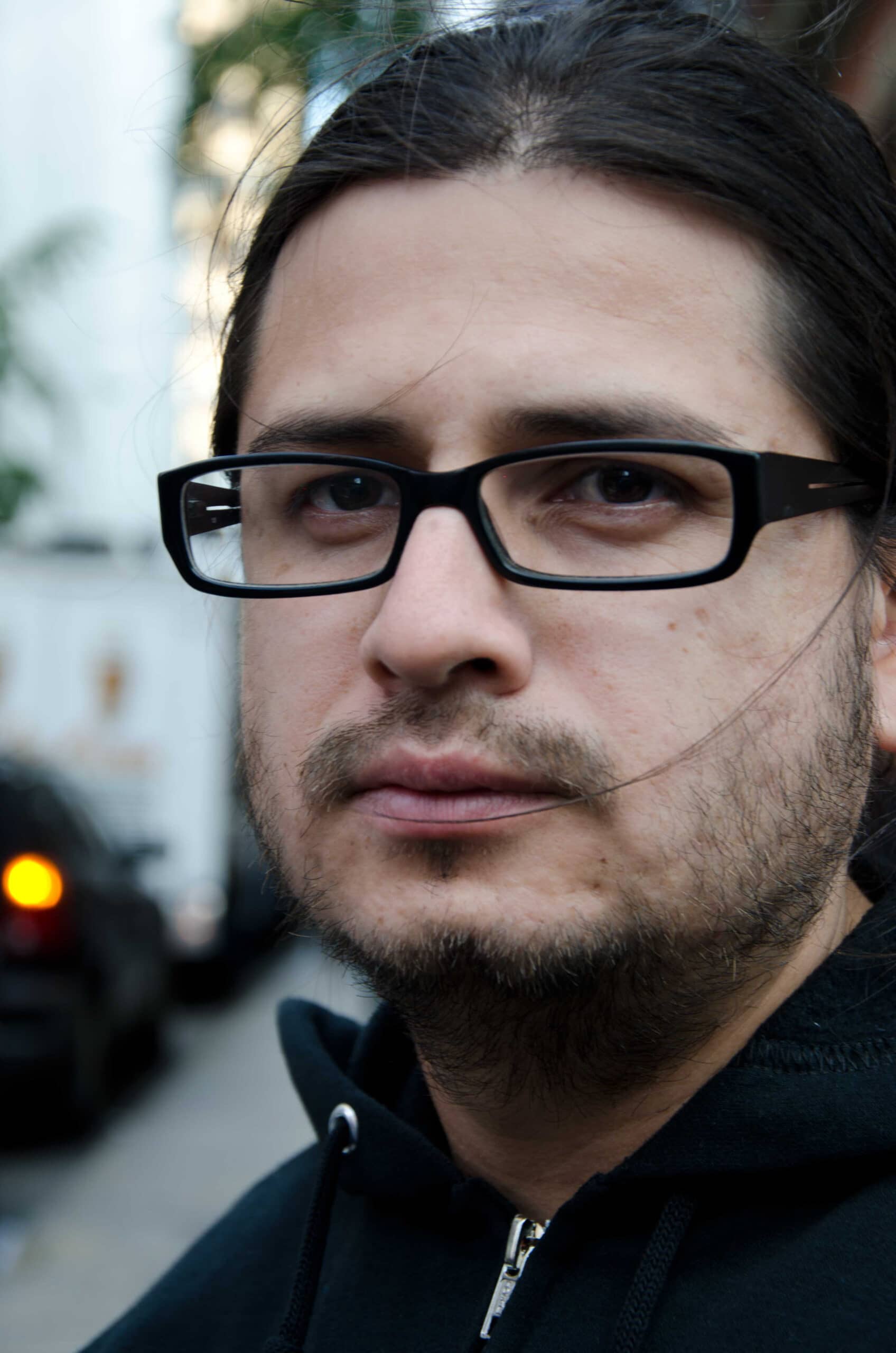 Raúl is a Mexican-Immigrant filmmaker and multimedia creator.  His work melds contemporary art, political documentary and visual ethnography to explore themes of belonging and alienation in immigrant communities. His films have screened worldwide including at the MoMI, Sheffield Doc/Fest in the UK and at the Ethnografilm Festival in Paris France. He is a Princess Grace Foundation Award winner, an Art Matters/Jerome Foundation Cassis France Arts Fellow and a 2017 Tribeca Film Institute All Access grant recipient.

Under intense U.S. pressure, Mexico established a new border control program that has cracked down on the migrant routes north and deported thousands of undocumented Central American immigrants, becoming an extension of U.S. border policy and forever changing the migrant trail. Told through three present-tense observational narratives, Border South draws from the immigrants’ resilience, creativity, and humor to explore the devastating human consequences of undocumented immigration. 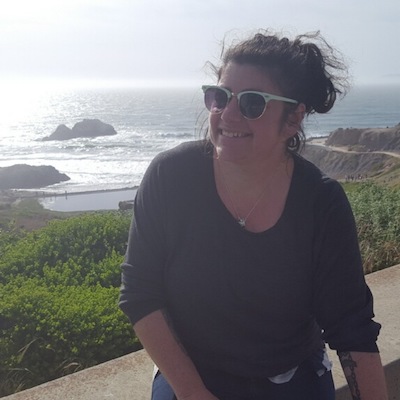 Susannah Smith is a documentary filmmaker with a focus on stories about the importance of placemaking for often-marginalized urban communities. Her films have been featured at festivals nationally and online, including SFFILM, Q-films Long Beach, SF Streetsblog, and by the UC Critical Sustainabilities Group. She is an Associate Producer of the SF Urban Film Fest, and has worked as a Creative Producer at Bay Area agencies for 10+ years. She earned her MA in Social Documentation from U.C. Santa Cruz.

We Belong tells the story of the Lexington Club, the only women-centered queer bar in the gay mecca of San Francisco. In-between the parties and hook-ups, the bar became a space for community and conversation about marriage, visibility, transgender rights, and gentrification. Shot in the bar’s final four months, the film captures the emotional goodbye parties and intimate remembrances of patrons and employees, and with them, almost two decades of queer dyke community history.

BAVC Media would like to thank this year’s selection committee:

If you hate networking, these five tips are for you