BAVC Media is thrilled to announce the multiplatform documentary makers and projects that will receive the 2019 MediaMaker Fellowship award.  A full list of recipients is below.

For 2019, BAVC Media is pleased to offer for the second year, our most robust iteration of the Fellowship, with a cohort size of ten Fellows and the ability to offer $8,000 to each Fellow over the course of the program year. Throughout their time in the program, Fellows will receive professional support for their social issue media projects and meet for three immersive workshops in the Bay Area, at the True/False film festival in Columbia, Missouri, and at the Camden International Film Festival in Maine.

Established through a grant from the National Endowment for the Arts (NEA) in 1991— and currently supported in part by an award from the NEA and the John D. and Catherine T. MacArthur Foundation— the National MediaMaker Fellowship program provides training and support for independent, emerging and mid-career artists working on social-issue documentary projects. The National MediaMaker Fellowship builds an engaged national community of creative media artists, increases their capacity for project completion and lasting impact, and inspires new partnerships and collaboration to support future work.

“We are honored to be working with this extraordinary group of filmmakers, all of whom are telling compelling, artful, and impactful stories that offer a new lens onto the world around us. Over the next ten months, this fellowship will nurture their considerable talent through a grant of $8,000, intensive feedback sessions, introductions to decision makers in the industry, and exposure at top festivals and conferences. I look forward to getting started,” says Nicole Opper, National MediaMaker Fellowship Creative Director, and ‘16 Fellow (The F Word).

“Quite honestly, I was blown away by the caliber of filmmakers participating in the pool, the urgency of their topics and subjects, and the creativity that they are deploying in their storytelling. I can’t wait to see how these films and storytellers evolve!” adds BAVC Media’s Executive Director, Paula Smith Arrigoni.

The training and resources provided to the National MediaMaker Fellows supports a complement of emerging artists, underserved communities, and seasoned artists who are interested in developing new media projects around timely social issues. Fellows are chosen through a competitive process by an independent panel of local independent media professionals, filmmakers and BAVC Media staff to ensure a well-rounded and diverse cohort.

Brenda Avila-Hanna is an award-winning filmmaker and educator. Born and raised in Mexico City, her films focus on transnational stories between Latin America and the U.S. Brenda is a Fellow for the NMC Lab through LPB and a recipient of NALIP’s 2018 Media Market Fellowship. She is a two-time finalist for the International Documentary Challenge and a member-owner of New Day Films, where she serves as Team Lead for Equity and Representation. Brenda received an M.A. in Social Documentation from UCSC in 2013.

Alejandra, an Indigenous, transgender woman from Oaxaca, Mexico escaped violence in her hometown and fled to the U.S. 27-years-ago. Today, Alejandra prepares for several long-awaited events in her life before her first homecoming trip: her gender-confirmation surgery, completing a degree, opening a restaurant and making peace with the Catholic Church. Alejandra’s lifelong quest for a safe place through her intersecting identities has turned her into a beacon of solidarity to many and a testament to the importance –and sometimes limits- of solidarity. 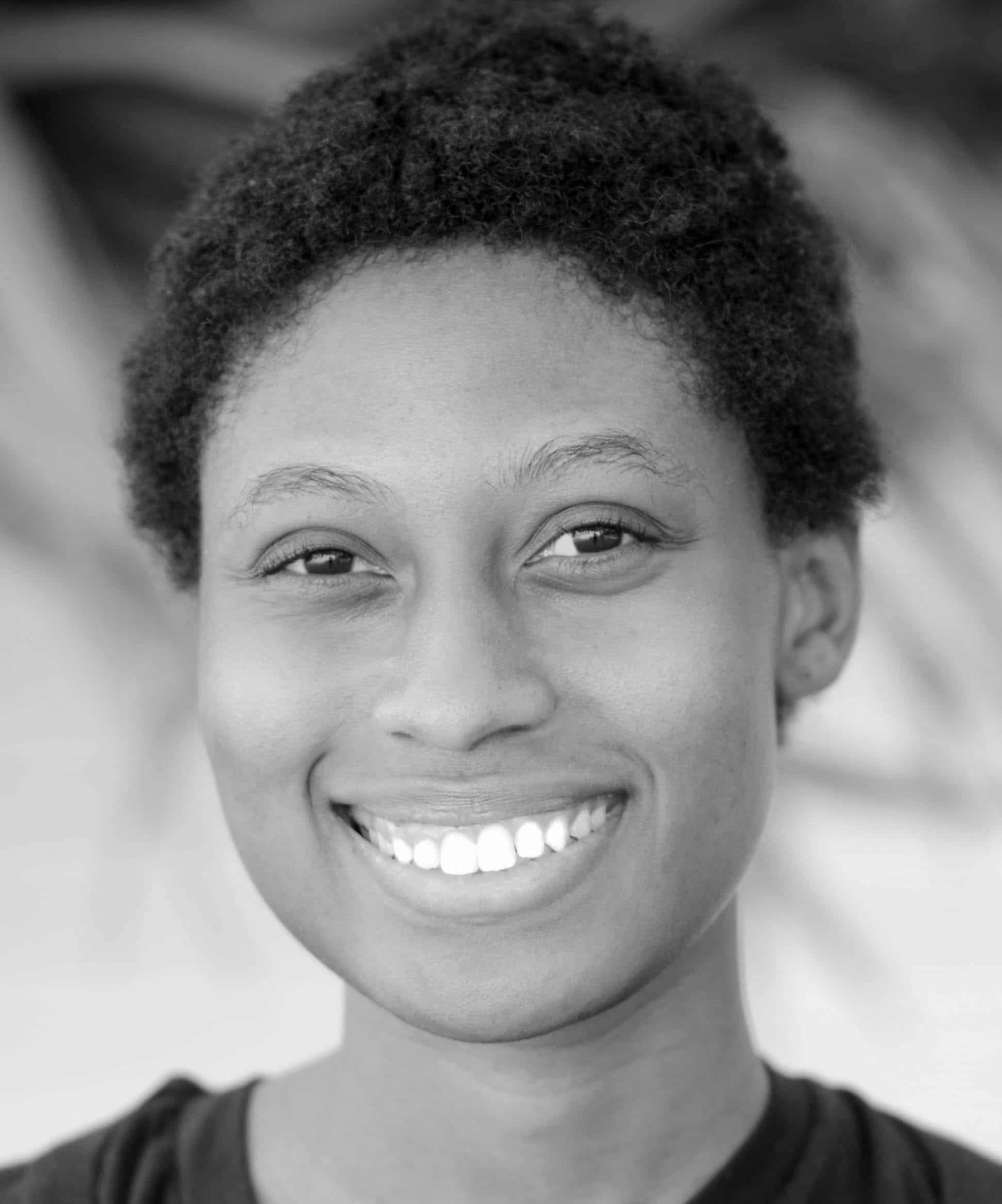 Seeds is an ethnographic and sensitive portrait of a centennial African American farm in Thomasville, Georgia. Using lyrical black and white imagery this meditative film examines the decline of generational black farmers and the significance of owning land. As one of the few African-American centennial farms left in the nation, “Seeds” hones onto this notion of reconciling an identity within a place through visual symbolism. 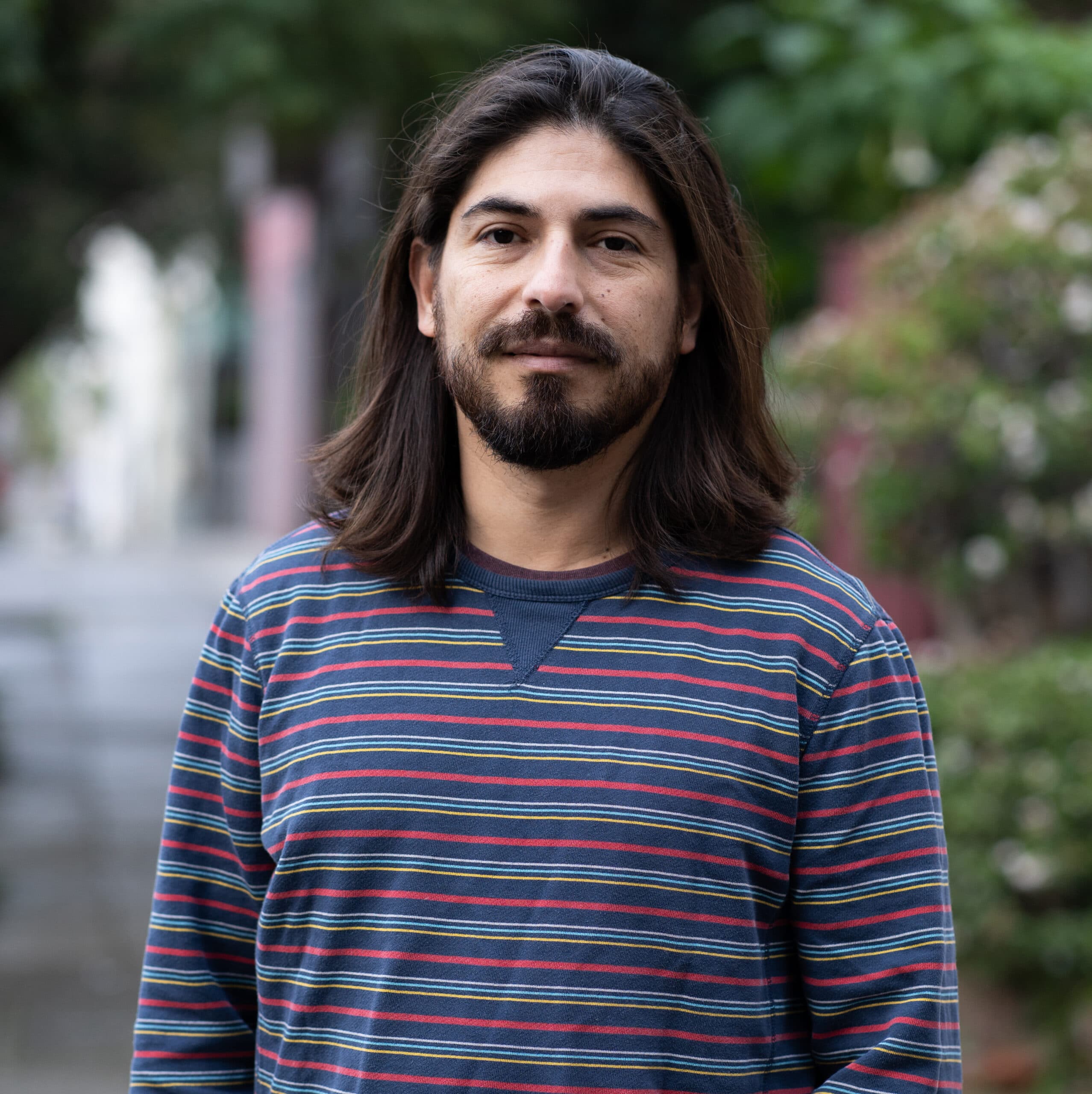 Christian Figueroa is a native of El Salvador where he witnessed first hand the ravages of the civil war. Images of this armed conflict inspired him to confront social issues through art and cinema. He has produced documentary films in the U.S., Cuba, China, Italy, and El Salvador. His work deals with notions of cultural identity, trauma, and memory representations. He holds an MFA in Cinema Production from San Francisco State University and works as an educator in San Francisco, California.

Flowers of May represents the memories of the Sumpul River massacre. This human rights violation occurred at the beginning of the Salvadoran Civil War. According to witnesses, the National Army and paramilitary groups executed in cold-blood at least six hundred defenseless civilians. The film excavates and recovers testimonials from survivors, aiming at becoming part of the process of building the collective memory of El Salvador by positing a subversion of the official history of the country. 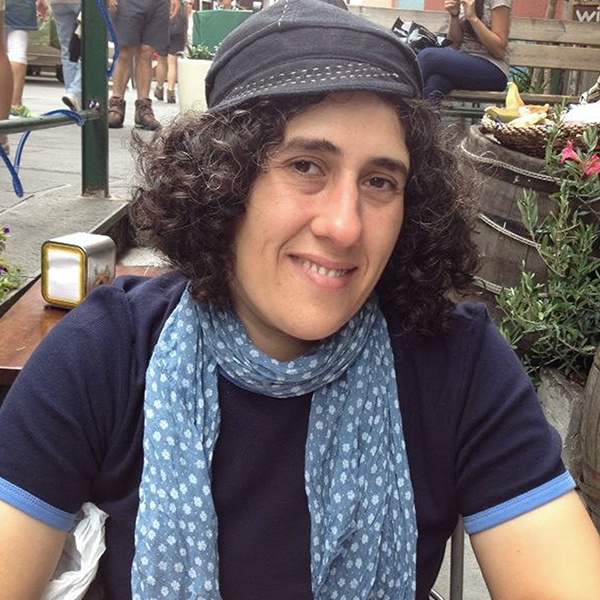 Debra Schaffner is an editor and filmmaker of all things short and long, with an emphasis on art, education and body parts. Her work has screened at venues including SF DOC FEST, DOCS/MX, FRAMELINE and aired on PBS and SMG (China). She enjoys breaking into zoos and setting all the monkeys and penguins free, but has never been arrested. She is most recently credited as the editor of Dawn Lodgson’s feature documentary Free for All: Inside the Public Library.

Curse of the Mutant Heirloom is a hybrid documentary which explores the gift and curse of genetic knowledge. Faced with the inevitability of breast and ovarian cancer, three women grapple with removing healthy body parts before they are killed by them. Their stories – rendered with macabre humor using animation and miniatures – expose the grit and scars obscured by the glimmer of medical progress. 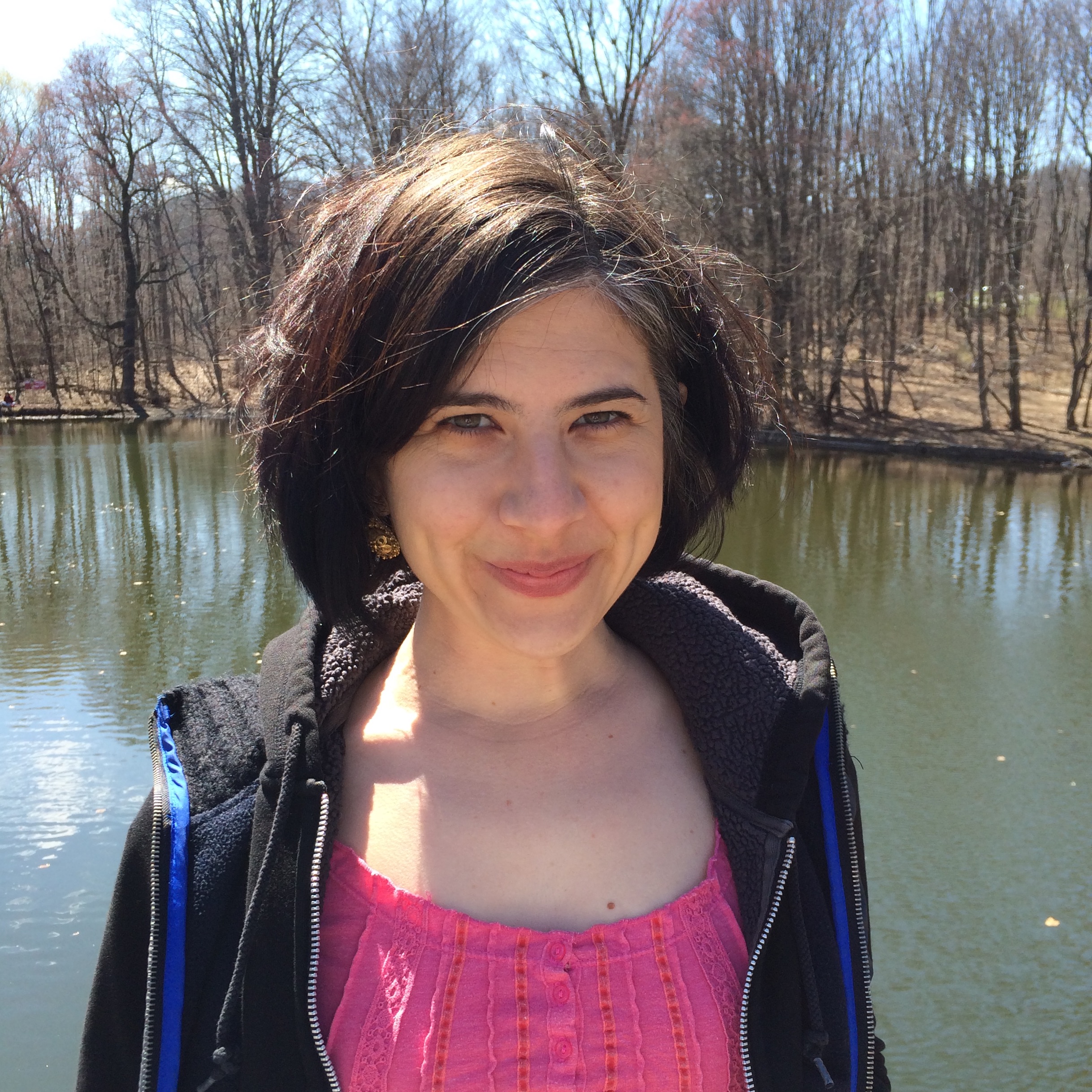 Colombian-American filmmaker, Emily Cohen Ibañez makes films about global labor and gender politics in science/tech, militarism, and food systems. She earned her doctorate in Anthropology (2011) with a certificate in Culture and Media at New York University. Her film work pairs cinematic excellence with social activism, advocating for labor, environmental, and health justice. The National Science Foundation, Fulbright Colombia, the Wenner-Gren Foundation, and SFFILM FilmHouse Residency Program amongst others have supported her work.

FRUITS OF LABOR is the story of Ashley, an American high school student traversing the seen and unseen forces that keep her family trapped in a cycle of poverty.  What does it mean to live a dignified life as a working-poor young woman of color in the wealthiest nation of the world? 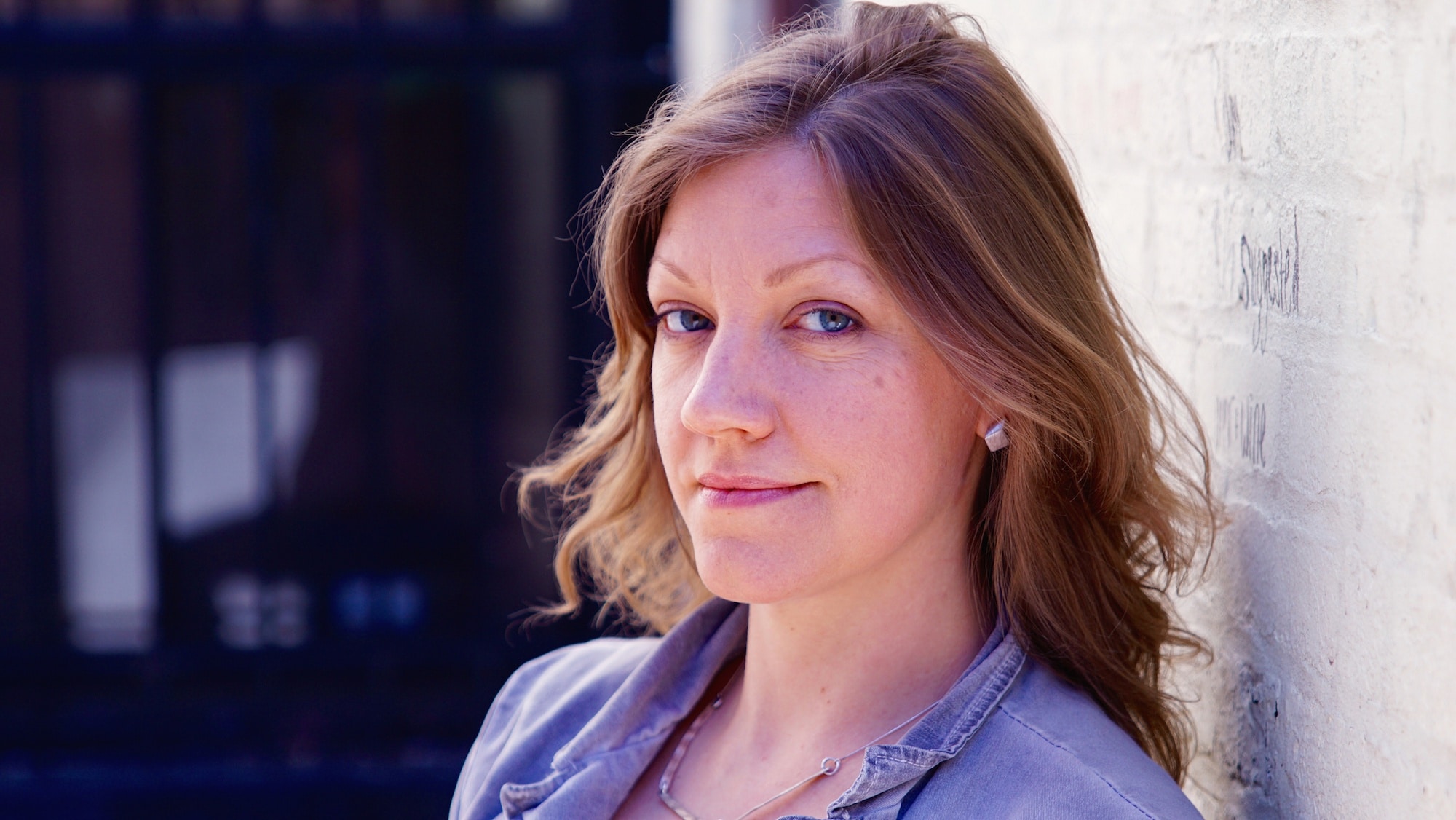 Katy Scoggin was a co-producer and cinematographer on Laura Poitras’s films “CITIZENFOUR” and “Risk,” an AP on Emmy-nominated “The Oath,” and a producer on short OpDocs “The Program” and “Death of a Prisoner.” She won a 2018 Glassbreaker Films grant to make a short, “Promenade,” that took her to her high school prom for the first time. “Flood,” her debut feature, has been patiently supported by Sundance, IFP Documentary Lab, Film Independent Fast Track, MacDowell, DCTV, BAVC Media, and Berlinale Talents.

“Flood” is my cinematic, decade-long search to understand my evangelical family. It begins with my failed attempt to thaw my relationship to my young-earth creationist father in a fiction short. When he charges that my film caricatures his beliefs, I turn my camera around on us. As divisive family drama takes over my script-writing, I find myself slipping into my movie as a protagonist. But will my filmmaking teach me to love across my deepest divides? 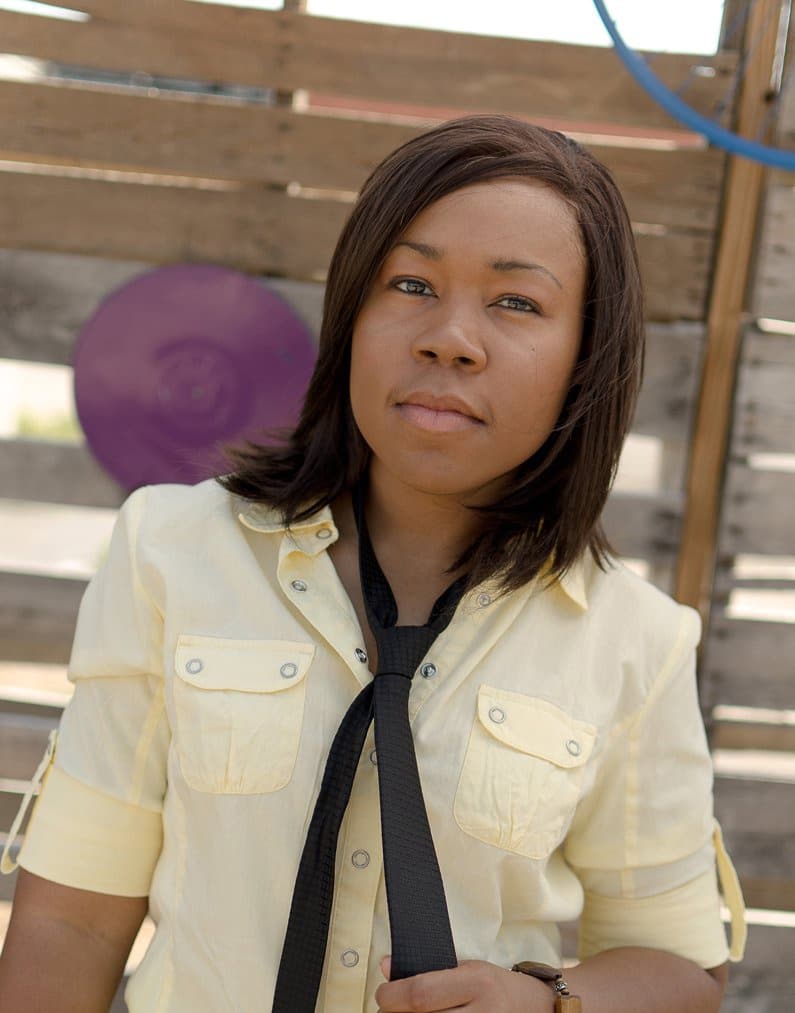 Lagueria Davis is an award-winning writer/director. MAID OF DISHONOR a feature she co-wrote was a 2016 Nicholls Fellowship Quarter-Finalist. REMEMBER ME a pilot Davis wrote was a 2018 Austin Film Festival Screenplay Competition quarter-finalist. In addition, in 2013 THIS IS NOT A LOVE STORY, a feature script placed in the Austin Film Festival Screenplay Competition. Last year, Davis completed the short film LIGHT IN DARK PLACES, which hit the film festival circuit in 2019. Currently, Davis resides in LA where she’s on the board of the Alliance of Women Directors and Cinefemme.

Behind the rise of the iconic Barbie doll, came a twenty-one-year struggle to see the first Black Barbie. Filmmaker Lagueria Davis uncovers a hidden, emblematic struggle for representation for Black women and girls. BLACK BARBIE: A DOCUMENTARY charts the rise of the most iconic girl toy brand of all time through the eyes of Davis’ aunt, Beulah Mae Mitchell, who spent 45 years working at Mattel. 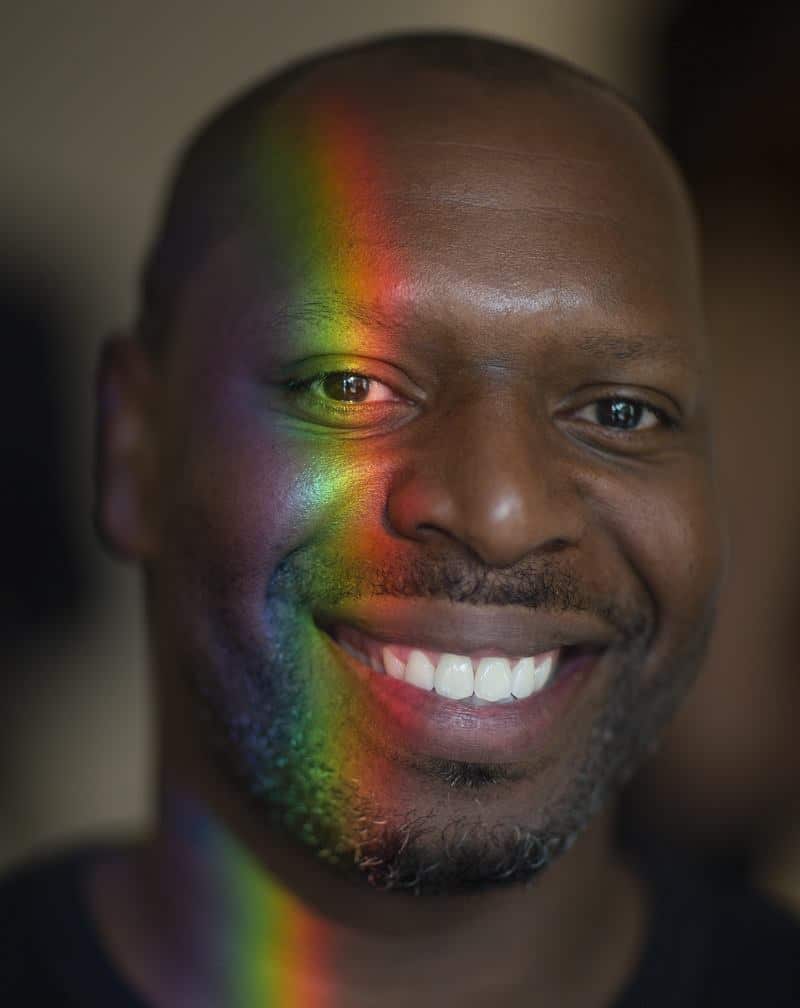 Rashaad Newsome is a multidisciplinary artist whose work blends several practices together including collage, sculpture, film, music, computer programming, and performance, to form an altogether new field. He pulls intuitively from the world of advertising, the Internet Black and Queer culture to produce counterhegemonic works that use the diasporic traditions of improvisation and college, to craft compositions that walk the tightrope between intersectionality, social practice, and abstraction. He has exhibited and performed in galleries, museums, institutions, and festivals throughout the world.

Get Your 10s explores the dance form of vogue femme as an expanding global phenomenon through the artistic work of African American artist Rashaad Newsome. Combining vogue, music, sculpture, video, and motion tracking technology, Rashaad’s innovative interdisciplinary artworks integrate performers in a collective improvisational expression rooted in the African diasporic and LGBTQ traditions. As Rashaad takes his acclaimed performance piece FIVE to cities around the world, Get Your 10s documents the empowerment of emerging and established international vogue communities. 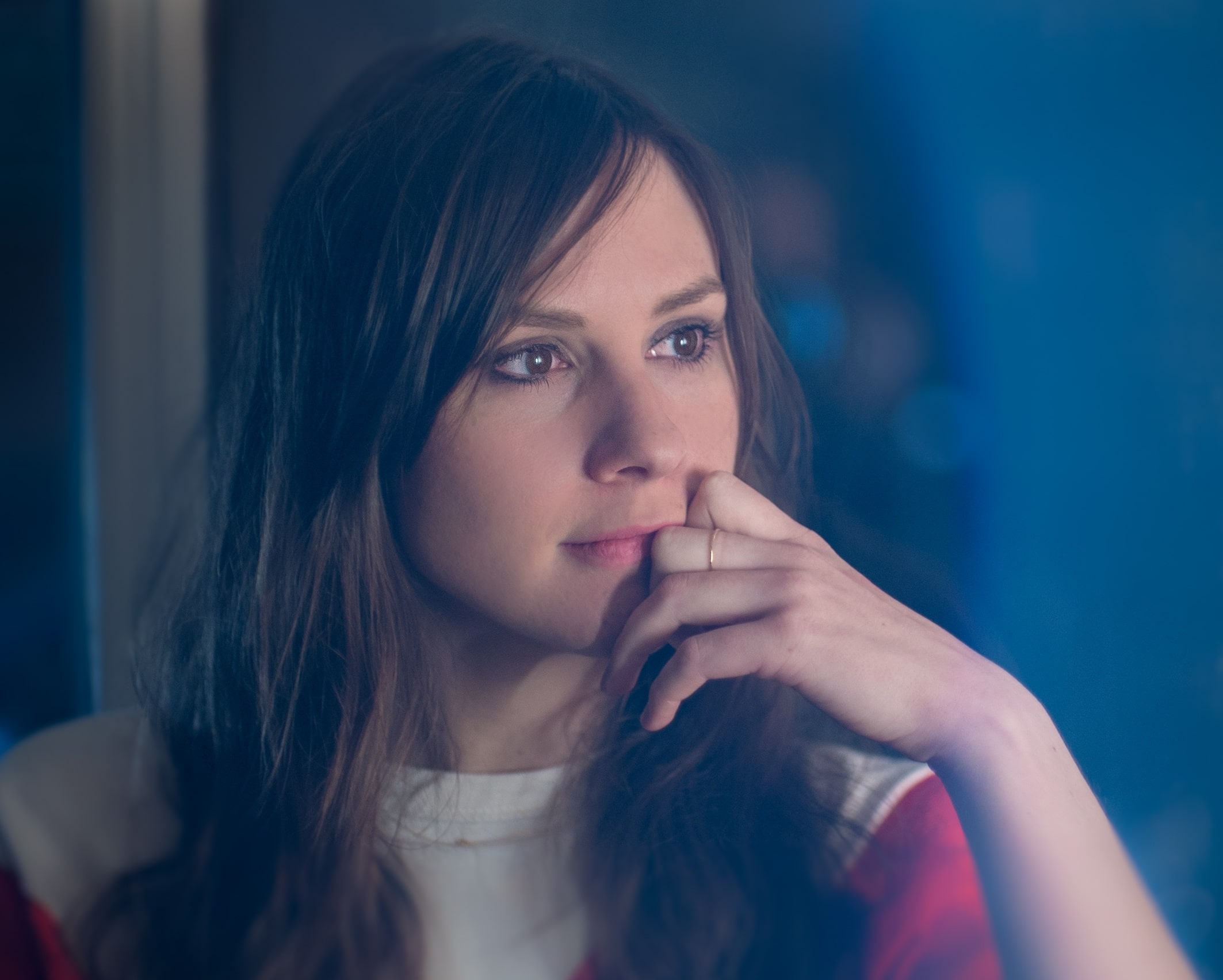 Taimi Arvidson is a director with over a decade of experience telling human stories for critically acclaimed documentaries, television series, and commercials. She recently directed the National Geographic Channel series MARS, which was executive produced by Ron Howard and Brian Grazer. Her other television work includes Oprah Winfrey’s BELIEF about human spirituality around the world, National Geographic’s Emmy-nominated series HARD TIME about the lives of inmates. Her work has additionally been featured by clients such as CNN, Apple, Ulta Beauty, NBC, Esquire Magazine, and more.

HOSSAIN tells the story of a six-year-old boy growing up in the middle of the Rohingya refugee crisis. Shot over the course of a year, the film follows Hossain Johar as he fills his days with childhood adventure while living in the world’s biggest refugee camp. But soon, the situation around him grows dire when deadly monsoons hit and governments make a controversial deal to return his people to Myanmar. 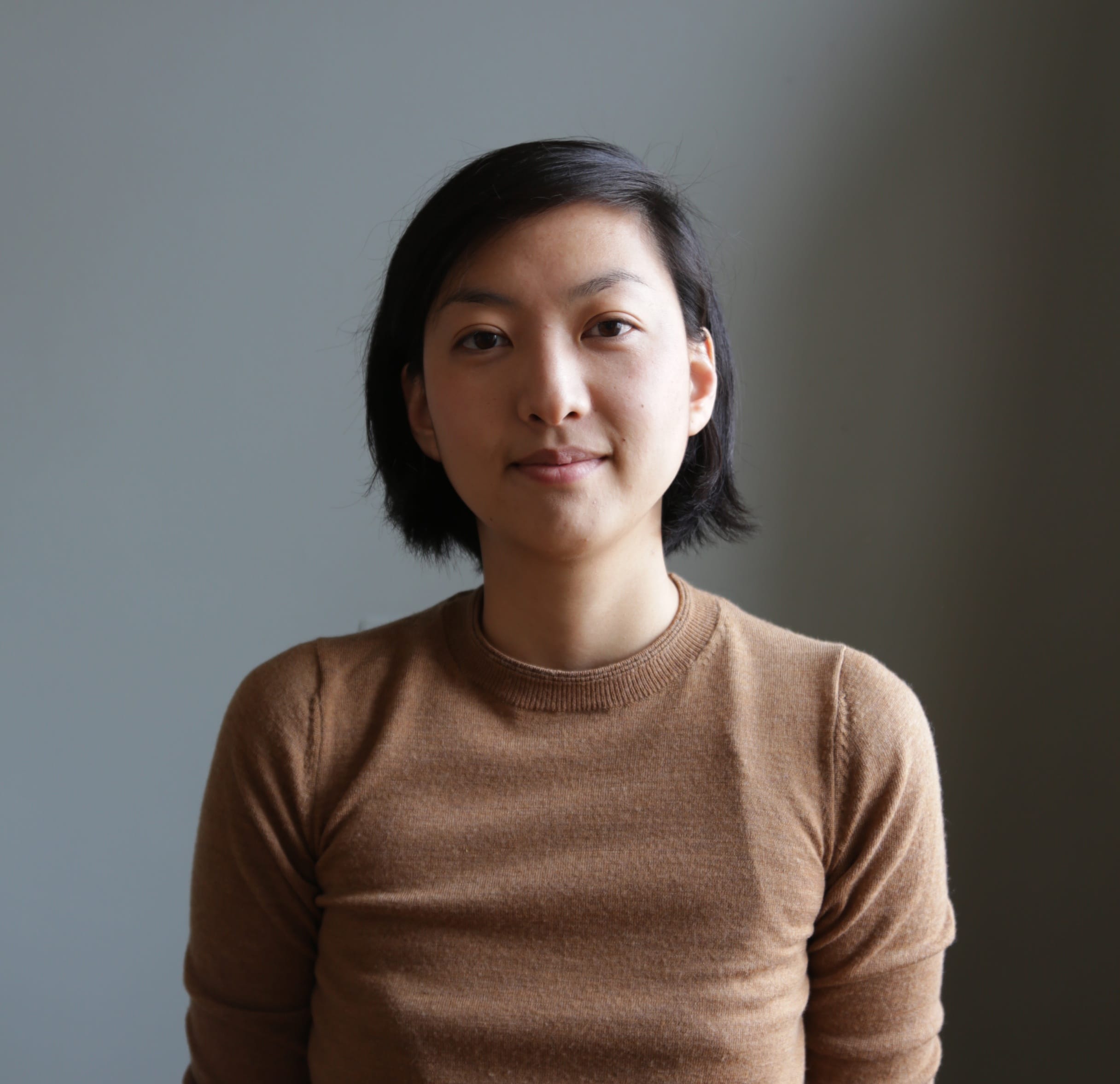 Vicky Du is a Taiwanese-American filmmaker based in New York. Her short film GAYSIANS (Frameline, 2016) screened at 35+ film festivals around the world, had a public television broadcast on KQED, and was distributed to 1000+ middle and high school LGBTQ student groups. She is a worker-owner of Meerkat Media and has a BA in Biological Anthropology from Columbia University. Vicky is currently working on her first feature documentary with support from Points North Institute and CAAM.

In LIGHT OF THE SETTING SUN, the filmmaker investigates how trauma has proliferated throughout her family since the Chinese Communist Revolution of 1949 to the present, from the East to the West. The film is a deeply personal documentary that captures one family’s struggle with mental illness and domestic violence across generations, nations, languages and cultures.

BAVC Media would like to thank this year’s selection committee: